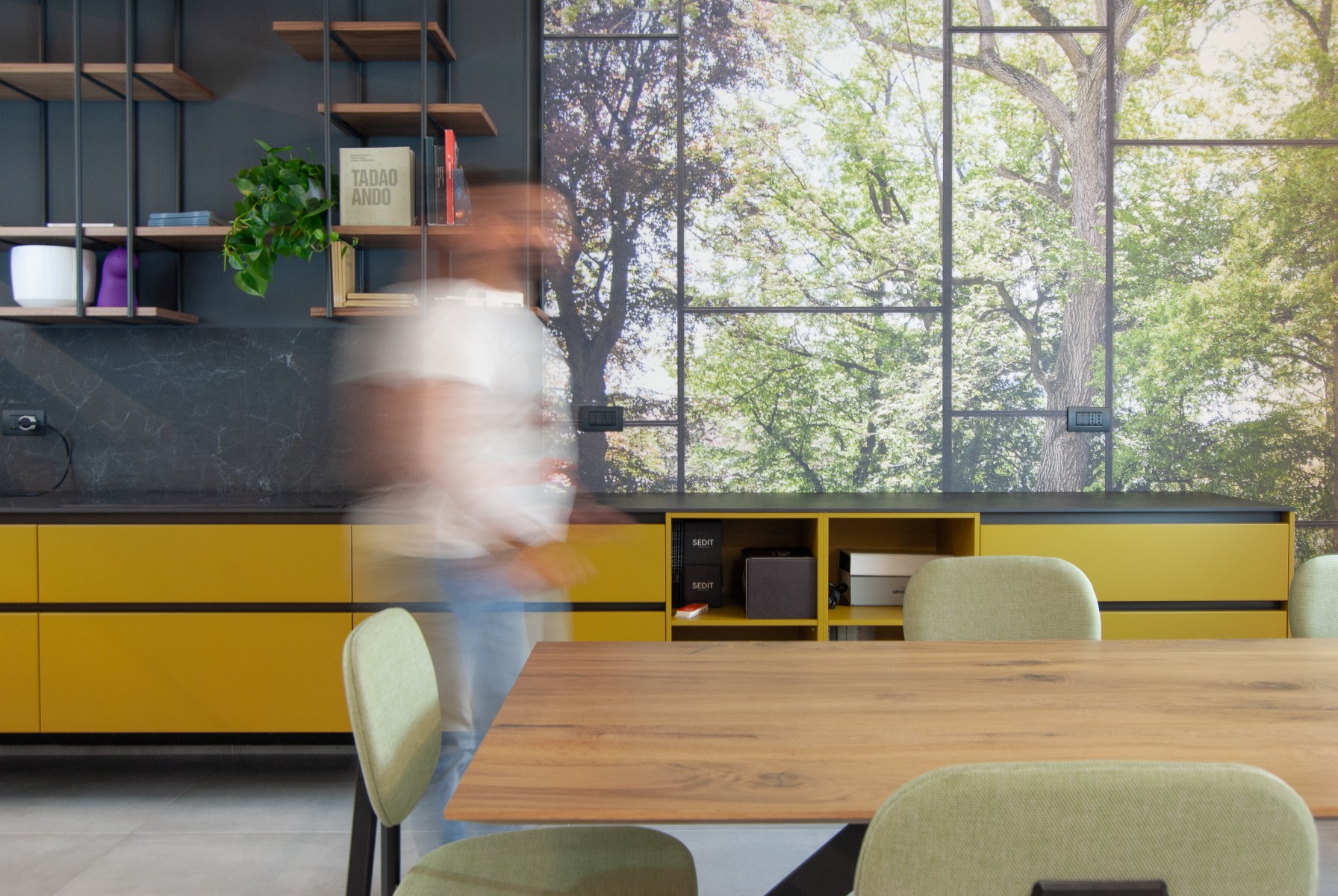 Paolo, born in 1965, is a wood craftsman with thirty years of experience in veneer work. The company where he works is Tranciato and it was built by his father Luciano Carli, a well-known person of the village that everyone remembers with a smile. Passionate about electronics and new technologies, Paolo became curious about the world of the Internet and thus created the first e-commerce site for the sale of custom-made furniture, toparredi.it

Paolo still remembers the first sale ever made on the site: it was a round bed shipped to Sardinia. An era opens.

Over time, some new people have joined the site, such as Andrea Carli, Paolo's son. Andrea, who also has a passion for information technology, after a brief period spent at Tranciato where he learned the secrets of the trade from his father, decided to dedicate himself to the management of e-commerce.

Given the results obtained from the first site was the need to adapt the e-commerce to the growing demands of customers. So toparredi.it changes and becomes arredomobilionline.it; a site with updated graphics with thousands of customizable products for home furnishing.

The evolution of the site and of the services offered led to the hiring of new staff and therefore to finding a new place where to better organize the work. From the outskirts of Francenigo, a small town in the province of Treviso, we moved to an office in a building in the town centre.

On April 16, 2012 we moved from the unipersonal company TopArredi di Carli Paolo to the company A&D Srl. The new company has new partners such as Roberto Carli, Paolo's younger brother. He, too, is an expert wood craftsman who works at Il Tranciato.

On this date Andrea Carli is appointed Managing Director of the company A&D Srl.

In the last 3 months we have noticed an increase in requests for furniture even abroad. The portal arredomobilionline.it was no longer enough as it had not been designed for customers outside Italy.

This is how arredodesignonline.com came into being, a multilingual e-commerce site that allows customised furnishings and services offered in Italy to be offered in other countries. The first sale made abroad was a bookcase shipped to Switzerland.

In the new building we started to welcome people, to take them to the showrooms of the companies we work with and to present the furnishing projects we were asked for.

The TopArredi brand is born

The management of two different websites was becoming very challenging due to the amount of orders and customers to manage. In addition, the intent is to be recognized and be a point of reference in the furniture.

TopArredi.com is the new e-commerce that includes arredomobilionline.it and arredodesignonline.com. It is a reference to the past that preserves the uniqueness of the people who created it.

Over time, we have collaborated with various professionals, making our services and products available to end customers. This has led us to open our new headquarters where we have combined our work with the skills of other professionals to create complete homes: from designing the house to furnishing.

Our new point of reference, allows you to interact directly with a single contact person who will follow you and advise you until the end of the projects defining the house in detail at 360°.

We use cookies to make your experience better. To comply with the new e-Privacy directive, we need to ask for your consent to set the cookies. Read more